What Brexit? Why business is thriving in the City of London 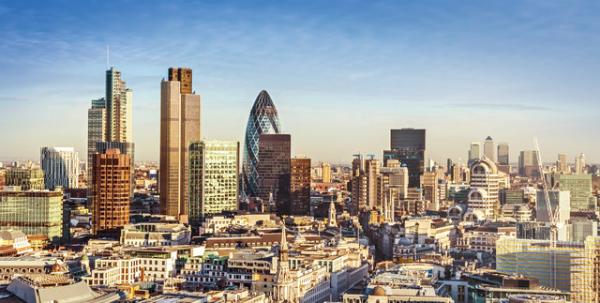 In the wake of last year’s vote to leave the European Union, fears of economic collapse swept across London. The city had largely voted to remain in the EU, and the UK’s decision to leave left a particularly sour taste in the mouth. Every morning, commuters were greeted with newspaper headlines warning of an impending financial meltdown. The pound fell sharply, jobs were in danger and an exodus of multinational corporations was supposedly just around the corner.

But, more than one year since the referendum, the economic meltdown has failed to materialise. The fallout from Brexit was to be expected, but the ominous warnings have so far proved to be nothing more than overzealous kneejerk reactions. In fact, London, and in particular the major financial district at the heart of the City, is thriving.

The office market has remained resilient

Following the EU referendum, the central London office market was expected to see a significant drop in demand, both from occupiers and investors. This hasn’t been the case. The market has shown exceptional resilience despite the political and financial uncertainty surrounding the ongoing Brexit negotiations.

The record-breaking sales of commercial buildings in the City this year has underlined this resilience. In March, the Cheesegrater, or Leadenhall building, sold for £1.15 billion. This was followed by the sale of the iconic Walkie Talkie building at 20 Fenchurch Street in July. The 37-storey skyscraper, popular with insurance firms, was bought by Hong Kong food conglomerate Lee Kum Kee for a record-breaking £1.3 billion.

According to a commercial property report from real estate firm Knight Frank, office take-up is stable at long term average levels and yields remain stable in the 12 months to the end of the second quarter of 2017. The report also shows 3.2 million square feet of take-up in central London in the second quarter of 2017, taking the year’s total up to 6.3 million square feet, around 16% more than the previous year.

At Landmark, we’ve seen an uptake in office space at our locations across the City, with large corporate companies renting entire floors of workspace in some cases.

The financial sector is still thriving

One of the biggest arguments of the Remain camp during 2016’s referendum campaign was that exiting the European Union would greatly harm London’s financial services sector—one of the most important contributors to UK economic wealth.

Since the vote to leave, however, the consequences on The City have been far less severe than many experts predicted. This may be partly due to the fact that no formal deal has been worked out yet, which means the financial services sector still has the same status as it did the day before the vote.

As negotiations are still taking place, there is still potential for the final Brexit deal to give London finance services special status, allowing them to continue trading in the single market. Andrew Bailey, head of a City watchdog, has urged the government to push for a transitional deal which will help ease finance companies into Brexit and stop them having to make rash decisions about relocation.

Since the financial services sector is so important, it is unlikely that the government will make any decision that puts it in a weaker position. This means London can remain the finance capital of Europe even in a post-Brexit world.

The tech industry is still growing

As well as its huge financial services sector, London has been known in recent years for its fledgeling technology industry. The “Silicon Roundabout” area of East London has become a global hub for startups and innovation. Brexit threw all of this into doubt. Shortly after the vote, a German-funded van emblazoned with “Dear start-ups, Keep calm and move to Berlin,” drove the streets of London. But so far, there’s little evidence that London startups took it to heart.

Rather than wreck the UK tech sector, Brexit has proved its resilience. The Market Mogul found that UK and international investors are still willing to put their faith in London’s tech startups, regardless of Brexit. Many experts have agreed that London is “still Europe’s top tech hub.”

One reason the City and neighbouring Shoreditch has remained popular with startups is the area’s ability to cater for business growth. Rather than forcing new companies to agree to long and expensive office space leases, flexible workspaces are available that can be adapted for any business need. Our Club Space product, for instance, gives you unlimited access to a wide range of different workspaces including hot desks, quiet zones, private booths and coffee-shop style lounges.

Provided a strong exit agreement can be negotiated with the EU, London’s status as a centre of business innovation will encourage major corporations to remain in the capital post-Brexit. This, combined with the exciting new startups reinvigorating London’s economy, suggests the city has a very bright future to look forward to.

Brexit may have been a bump in the road, but so far London is still standing tall.