What makes Fenchurch Street a top location for insurance companies? 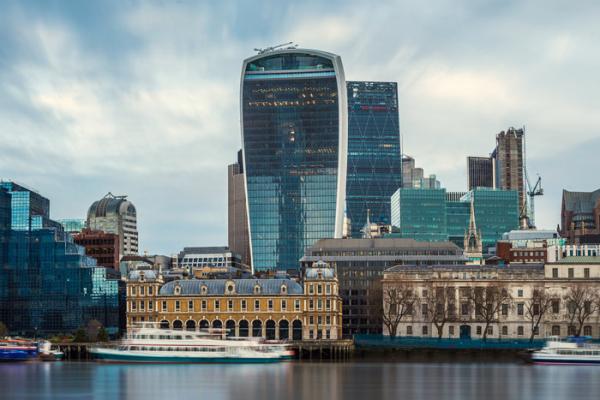 You may know Fenchurch Street for its railway station or the Viñoly-designed Walkie-Talkie shaped building at Number 20. Perhaps you cross it on your way to Leadenhall Market, or you stood on Fenchurch Street pavement watching marathon runners race past in the 2012 Olympic Games. There are scores of reasons to pass, visit or cross this famous street – and if you’re in the insurance business, there are even more reasons to work here.

A quick search for insurance services returns in excess of 50 insurance companies located on Fenchurch Street alone. That number more than doubles with the addition of connecting roads under the EC3M postcode, including Lime Street and Fenchurch Avenue. Indeed, the City of London has long attracted financial and insurance companies. For decades, the risk-attracted and the risk-averse have made their corporate home here, and Fenchurch Street is one location in particular that strikes a chord with insurance firms.

Many insurance firms set up an office on Fenchurch Street and neighbouring Lime Street for one particular reason: close proximity to Lloyd’s of London. Lloyd’s is an insurance market that’s home to a “concentration of specialist underwriting expertise” and is situated within the iconic Lloyd’s building on Lime Street, which links with Fenchurch Street.

“Every day, more than 50 leading insurance companies, over 200 registered Lloyd’s brokers and a global network of over 4,000 local cover holders operate in and bring business to the Lloyd’s market.” – lloyds.com

Given the stature of Lloyd’s within the industry and its Lime Street headquarters of over 30 years, it’s easy to understand why insurance companies large and small cluster around this location. It has had plenty of time to develop a following, too. Lloyd’s of London has been headquartered on Lime Street since 1986, yet the market itself was founded centuries ago back in 1686. Even then, Lloyd’s was located in Lombard Street, and over the centuries has rarely strayed far from its original home. Today, London’s insurance sector continues to be based in this area.

As for the current headquarters of Lloyd’s, this unusual building is worth a mention too. It’s generally referred to as The Lloyd’s Building yet it’s more commonly known as ‘the Inside-Out Building’ due to its aptly-named Bowellism architecture. Designed by Richard Rogers, the property took 8 years to build and was completed in 1986. Internal features such as pipes, ducts and lifts have been positioned on the exterior of the property, which gives it an oddly futuristic inside-out appearance. On the plus side, it creates more space on the inside for office space and meeting rooms. The building obtained Grade I listing in 2011. Despite being the youngest structure ever to obtain this status, Historic England hailed it as “universally recognised” – and we certainly can’t argue with that.

Back to Fenchurch Street, and Landmark regularly receives keen interest from insurance companies looking for flexible serviced offices close to the famous Lloyd’s building. If Walkie-Talkie or Inside-Out buildings aren’t your thing, why not come and see us at 54 Fenchurch Street?